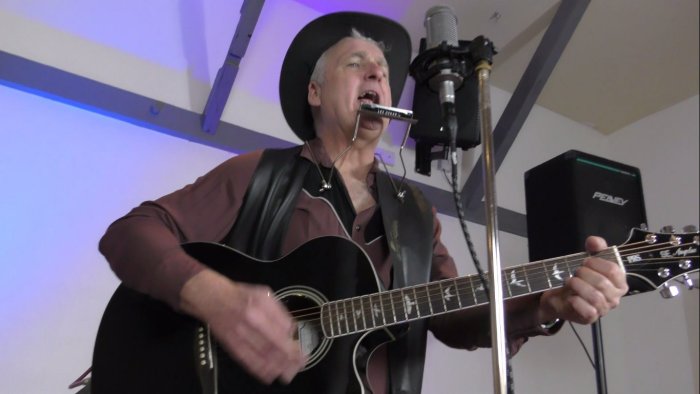 Lee Gillett is a British musician who has been active musically for over 40 years both as a member of duos and bands and more recently also as a solo artist. In 2017/2018 he appeared at the Upton Blues Festival as well as the Ely Folk Festival, and currently plays in pubs, clubs and events in the Cambridgeshire, Suffolk and Norfolk area mainly.

A former member of the respected Blackjack Blues Band, Lee is currently playing classic hits and classic country hits with hints of early American blues and folk. As well as his own self-composed songs, this includes songs from the 1920’s onwards including early blues & country songs as well as Americana roots music including folk, bluegrass and country (including Hank Williams, Johnny Cash & The Foggy Mountain Boys) .

Lee recently recorded an EP/Mini Album under the name “The Mean Eyed Cat” called Hey You! consisting of 6 original songs which all began life on his 3 string cigar box guitar.

Lee is also one half of The Mean Eyed Cats along with well established bass player John Drake. Both were part of CashBack, a Johnny Cash tribute band that achieved national and international recognition in 2008.

The duo still play a few Johnny Cash songs, but also play many other songs from the 50’s onwards including songs made famous by Elvis, Buddy Holly, The Beatles, The Mavericks, The Eagles, Creedance Clearwater Revival, The Hollies, The Specials and many more (see Mean Eyed Cats website here). Lee also performs the same set of songs as “The Mean Eyed Cat” – see here for more information. 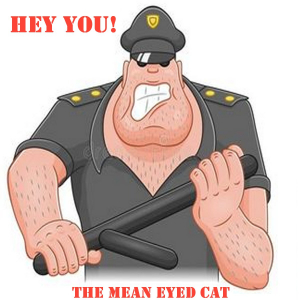 Lee recently recorded an EP/Mini Album under the name “The Mean Eyed Cat” called Hey You! consisting of 6 original songs which all began life on his 3 string cigar box guitar. This project has it’s own website which you can see here and which has links to the recorded songs.